Tonight, I found myself on Syntagma square where, unbeknownst to me, SYRIZA was about to hold an election rally.
Despite the elections being held on Sunday, election fever seems to have skipped Greece this time. There are quite a few election posters to be seen, mostly from the far left parties, but then, there are always posters from the far left parties everywhere, as there’s always some important protest march that ended disastrously to be remembered, or something the 1% needs to convince the 99% is the right way of seeing things. Other than that, it seems that whatever political enthusiasm was left in Greece was used up during July’s referendum and its aftermath.
Still, thousands of people had turned up to see speeches from the outgoing (technically: former) prime minister and his support act, four foreign politicians who are on his side in this apparent struggle against the institutions. Someone from Germany’s Die Linke was speaking excitedly, for he too didn’t like Merkel and Schäuble and it would be such a blow to these two if the Greeks were to reelect Tsipras. Another German, a lady from the Green Party, went on in fluent English about the environment and the refugee crisis, two important topics, yet also two topics which I’m not sure Tsipras has shown a great deal of concern about. (Though later tonight on Twitter he rather oddly blamed Schäuble’s home state Bavaria for not taking in enough refugees.)
A French communist member of the European parliament thought this struggle was mostly about ‘travail’ – as he would – and I don’t know what Pablo Iglesias, leader of Spanish anti-austerity party Podemos said, but the audience liked him best. But then, he’s been a Tsipras-supporter from well before the latter even thought about becoming a prime minister.
I left shortly after Tsipras started to speak, promising myself to work a little harder on memorizing Greek words and phrases. By the looks of it, Tsipras will pull off a narrow win, but will have to co-operate with one or more of those parties that helped him get the new memorandum through parliament, but whom he has been rallying against all the time since – apparently because they actually believed what they voted for, rather than just did so following blackmail by Europe.
I too am spending nowhere near as much time following the elections as I had done following the referendum. I guess my appetite for these things – and I’ve always been a bit of an election geek – isn’t limitless either. And of course, recent events in Europe hav put the Greek crisis into a perspective that maybe it needed. 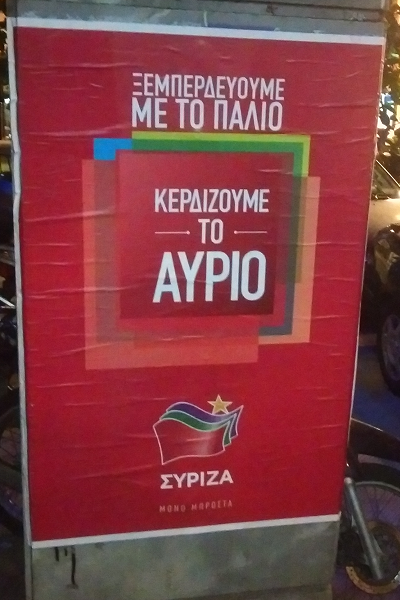 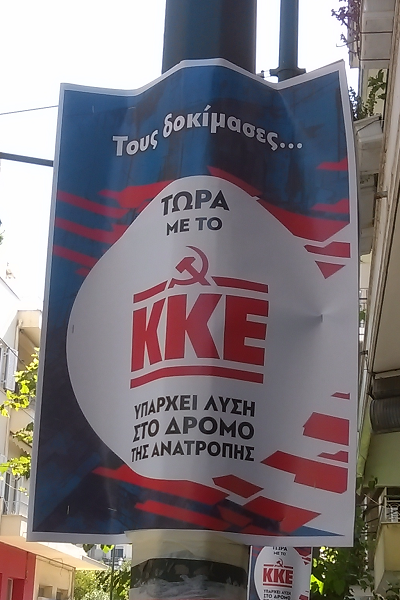 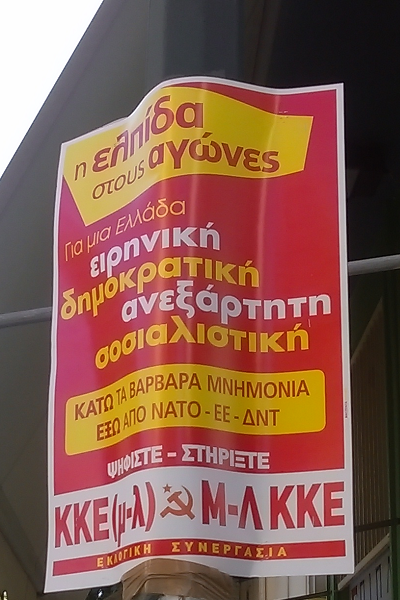 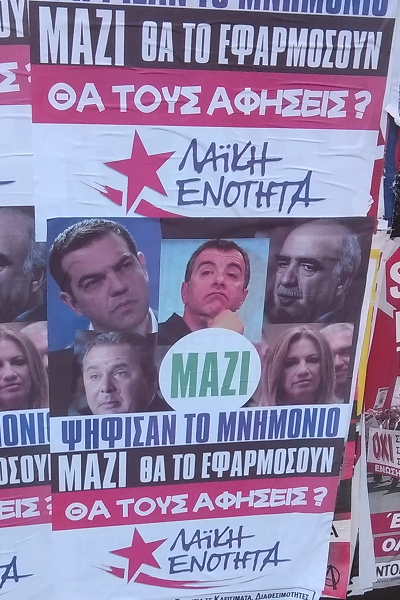